Widget (組み立てキット, Kumitate kitto?, Assembly kit) is a recurring "character" in the Rhythm Heaven franchise. Their purpose is unknown.

A precursor to the Widgets first appears in Rhythm Tengoku in the Rhythm Game Polyrhythm, referred to as a Red Thing (赤いモノ, Akai mono?). In the game, the Red Things roll along two raised paths, the player must press the corresponding button to raise the blocks when the Red Things reach a gap. If the Red Thing collides with a wall, it will explode.

Widgets first appear in Rhythm Heaven, in the first Rhythm Game, Built to Scale, where they are portrayed as a rod and nuts with a white color. The player must wait for the nuts to roll into place, then launch the rod into them to form the Widget.

The square mass-production objects appear again in Rhythm Heaven Fever and Rhythm Heaven Megamix, first appearing in Built to Scale, where the player must toss around red rods while waiting for two nuts to come into place, after which the player must launch the rod into them to form the Widget.

A widget in Built to Scale (DS) 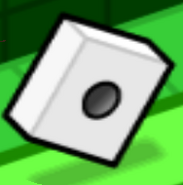 A Red Thing in Polyrhythm
Add a photo to this gallery

Retrieved from "https://rhythmheaven.fandom.com/wiki/Widgets?oldid=47951"
Community content is available under CC-BY-SA unless otherwise noted.