The Monkey's first appearance is in Showtime, where he hits a switch to launch a ball for penguins to catch mid-air.

In Tap Trial, there are 2 monkeys who instruct you on when to tap, double tap, triple tap, or jump.

In Fan Club, there are three monkeys, one of which is the player. The Pop Singer gives you cues that you must follow with the other monkeys, which includes clapping and jumping.

In Freeze Frame, three monkeys stacked upon each other make a appearance in the middle. In Megamix's version, there are many more monkeys of various colors.

The Monkey is the leader in Tambourine. It plays the tambourine as the player must repeat them.

In Monkey Watch, there are dozens of monkeys. The player, who is also a monkey, rides the watch's clock hand and "high fives" the other monkeys as they pass by them. There are also purple monkeys that will be followed after every few monkeys, which high fives on the off-beat.

In the sections of Board Meeting, instead of a woman assistant, there is a small female monkey wearing glasses and a small pink dress. Instead of saying "One, two, three!" the monkey says "Oo-ookii!".

Before the last ball is thrown in Exhibition Match, The curtain in the middle of the arena rises to reveal a monkey, who is catching the pitcher's baseballs and dropping to the Slugger.

A small yellow monkey from Monkey Watch makes a small appearance in Clap Trap, when the branch comes down from behind the doll.

In Animal Acrobat, the Acrobatic Monkey swings on elephant trunks and giraffe heads.

In Pajama Party, the pajama girl is seen with 24 other monkeys.

In Jungle Gymnast, the Female Acrobatic Monkey swings on not only trunks and heads, but other monkeys as well.

Hole in One 2
Final Remix

Hole in One in Lush Remix

Board Meeting in Remix 2 (Wii)

Pajama Party
Add a photo to this gallery 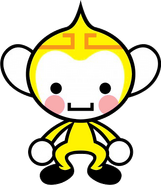 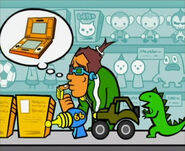 Two of the monkeys variants cameo in Warioware Smooth Moves 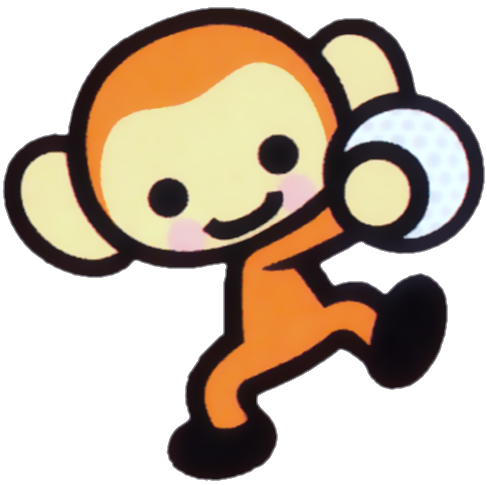 Hole in One variant 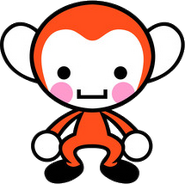 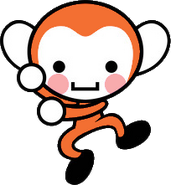 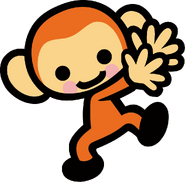 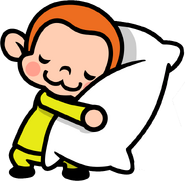 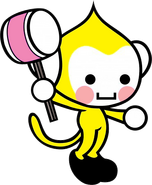 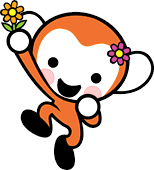 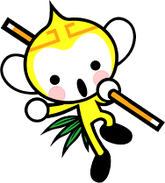 Retrieved from "https://rhythmheaven.fandom.com/wiki/Monkey?oldid=47437"
Community content is available under CC-BY-SA unless otherwise noted.